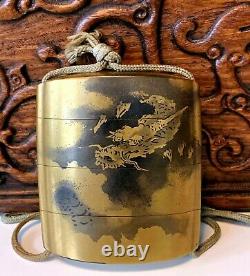 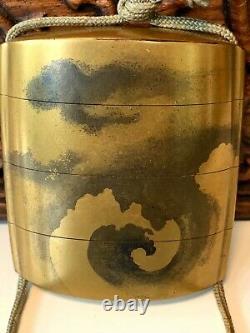 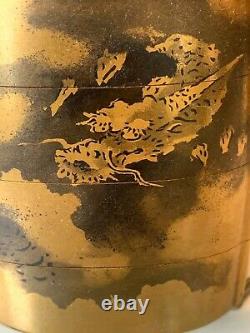 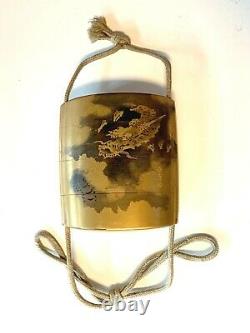 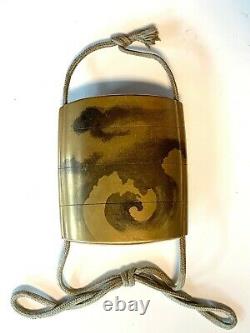 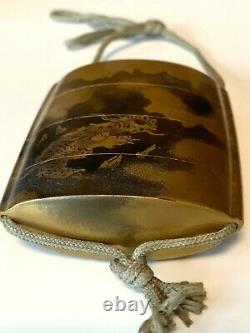 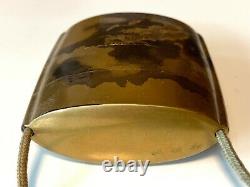 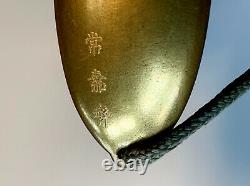 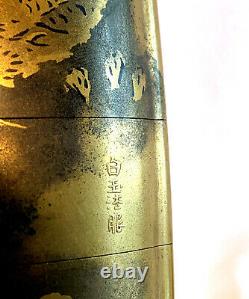 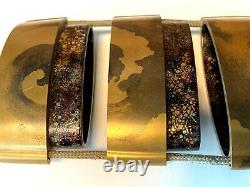 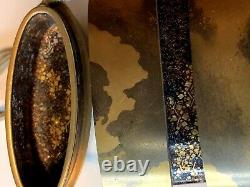 A three-case lacquered Inro by Yamada Family circa 18-19th century Edo period. The inro with slight rounded form is of Kano style and lividly depicts a dragon slithering among the ink clouds on a gold background. Sumi-e togidashi (ink togidashi) technique, in combination with Hiramaki-e, were employed to create the dreamy ambience of this piece.

The dragon has a painterly appearance inspired by Chinese ink painting that was often seen on the Japanese folding screens. The back of the Inro was sparsely decorated with the shifting patterns of the darkening clouds with an emphasis on the space intentionally left empty. Jokasai was signed to the base. The dragon is evidently one of his designs (see reference below).

Established by a member of Yamada family in the 17th century, the clan was one of the most prominent lacquer artisanal family for the next 200 years until the end of Edo period in the 19th century. Most members signed their work simply with Jokasai making the identification of the individual artists somewhat impossible. The current Inro on offer, compared to many other pieces by Jokasai, has a uncommon Kano style done in Sumi-e togidashi. Another unusual feature of this piece is that the interiors of the inro was decorated with an interesting gold mosaic inlays (kirigane) on a dark lacquer background, giving it a jewel like quality. For another Inro by Jokasai of a similar style using Sumi-e togidashi but depicts a tiger, see Wrangham collection, no.

For an ink scroll of a similar dragon by Kano Michinobu, see British Art Museum number 1913,0501,0.241. The item "Rare Japanese Sumi-e Lacquer Inro Yamada Jokasai Edo period" is in sale since Monday, October 26, 2020. This item is in the category "Antiques\Asian Antiques\Japan\Boxes". The seller is "gallery-t" and is located in Atlanta, Georgia. This item can be shipped worldwide.